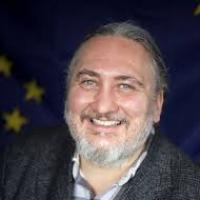 I was born in Great Falls, Montana, January 3, 1963.  My parents are still married to each other and reside on the East Shore of Flathead Lake in Montana.  I have an older sister Rebecca, who lives in Montana, and a younger sister, Rhonda, who lives in Iowa.  I have five nephews, a niece and many relatives across the USA.  I am the descendant of pioneers from several Northern & Central European countries, as well as the Cree/Metis people of Canada and Montana. I graduated from Charles Marion Russell (CMR) High School and while there, was a Peer Counselor, President of the Native American Club and a National Merit Semifinalist.  I graduated a semester early and became the youngest Licensed Realtor in Montana.  At that time, I was elected by the Great Falls Native American community to serve on the Board of Directors of the Great Falls Native American Association and Health Clinic.  I was also a founding member of the Great Falls NAACP along with the late Reverend Philip Caldwell.  I was a Reagan Republican and was later elected as a Republican Precinct Committeeman and Served on the Flathead County Republican Central Committee.  I earned my B.S. in Liberal Arts, Cum Laude from the University of Great Falls, where I eventually earned both a Master of Human Services and Master of Professional Counseling degrees.  My political resume includes affiliation, service and leadership in the Montana Republican, Libertarian and Reform Parties, the last two which I chaired.  Since returning to Alaska in 2003, I was a member of the Alaskan Independence Party for seven years, rising to become AIP Vice Chair.  In 2010 I founded and continue to Chair the Alaska Constitution Party, which is a formal affiliate of the national Constitution Party.  I was also recently elected to a two year term as President of the Alaska Counseling Association by the annual conference of my peers. My family has deep ties to Alaska that precede statehood.  My late grandfather, Les Myers, called, “Mush”, by his friends, first came to Alaska in the Army Air Force during WWII.  My late grandmother, Eleanor, had worked for Alaska Airlines and always had a special love for Alaska.  My grandparents homesteaded in the North Pole  area in the 1950’s.  My father had his own sled dogs there.  They were used for daily transportation.  They did not have snowmobiles back then.  Their refrigerator/freezer was a hand dug hole in the permafrost.  Several of my aunts, uncles and cousins have called Alaska their home over the years.  Many of my family lived through the Great Quake of 1964 in Anchorage, and I grew up listening to stories about that, the Northern Lights, volcanoes, wildlife, climate and the people of this Great Land.  My father participated as a HAM radio operator in Anchorage to re-establish communications with the outside world after the devastating aftermath of the ’64 Quake.  I learned to talk in Anchorage in 1964.  My first word was, “Peppermint”.  My parents, my sister Rebecca and I returned to Montana in 1965.  I visited relatives in Alaska a couple times in the 1970s, driving up the AlCan with my grandfather once. In 2003 I returned to Alaska, again for a third time via the Alaska Highway, to make it my home.  Before moving to Haines over two years ago, I lived on the Kenai Peninsula for eight years, where I still own property.  I am a Licensed Professional Counselor, NationaI Certified Counselor and Chemical Dependency Counselor.  I can usually be found every Sunday at the Haines Christian Center (Assembly of God) where I often teach adult Sunday School and sing in the Praise and Worship team.  I have dedicated my life to the service of others, striving to provide hope and healing in the Last Frontier.  I am stepping forth in faith to offer my service to the people of The United States of America as their President in 2016.