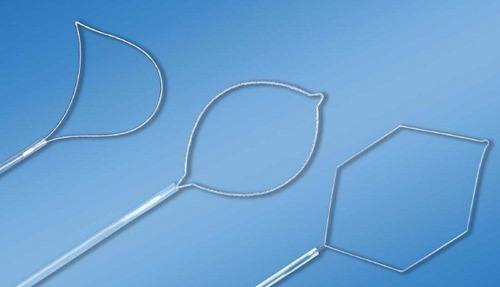 A polypectomy in Scottsdale is a procedure that is performed to remove polyps from the inside of the colon, also called the large intestine. A polyp is an abnormal collection of tissue, and this procedure is relatively noninvasive and is typically carried out at the same time as a colonoscopy.

What’s the purpose of a polypectomy?

Many tumors of the colon develop as a noncancerous growth before becoming malignant. A colonoscopy is initially performed to detect the presence of any polyps. If any are detected, a polypectomy is performed and the tissue is removed and examined to determine if the growths are cancerous, precancerous, or benign. This is done in an effort to help prevent colon cancer.

Polyps typically aren’t often associated with any symptoms at all; however, larger polyps may cause rectal bleeding, abdominal pain and bowel irregularities. A polypectomy in Scottsdale would help relieve these symptoms as well. This procedure is required any time when polyps are discovered.

How is a polypectomy performed?

During a colonoscopy, a colonoscope is inserted into the rectum so the doctor can see all segments of your colon.  The procedure is offered routinely for people who are over 50 years old to check for any growths that could be a symptom of cancer. If your doctor discovers polyps during your colonoscopy, they’ll usually perform a polypectomy at the same time.

Some polyps, due to a large size, location, or configuration, are considered more technically challenging or are associated with an increased risk of complications. For some larger polyps that can’t be removed endoscopically, bowel surgery may be needed.

How to prepare for a polypectomy in Scottsdale.

In order to perform a colonoscopy, your doctors need your large intestine to be entirely free from any visual obstruction. For this reason, you’ll be asked to thoroughly empty your bowels for one or two days prior to your procedure. This might involve using laxatives, having an enema, and eating a clear food diet.

Just before the procedure, you’ll be seen by an anesthetist who will administer anesthetic. Once you’re ready and in your hospital gown, you’ll be asked to lie on your side with your knees pulled up to your chest. The procedure can be performed rather quickly, usually taking between 20 minutes to 1 hour, depending on any necessary interventions.

How long does it take to recover?

You shouldn’t drive for 24 hours following a polypectomy in Scottsdale. Recovery is generally quick. Minor side effects such as gas, bloating, and cramps typically clear up within 24 hours. With a more involved procedure, a full recovery can take up to two weeks.

Your doctor will give you some instructions on how to care for yourself. They may ask you to avoid certain drinks and foods that can irritate your digestive system for two to three days after the procedure.

Your doctor will also schedule you for a follow-up colonoscopy to make sure that the polypectomy was successful and that no further polyps have developed.

Your outlook following the procedure itself is good. The procedure is noninvasive, causes only mild discomfort, and you should be fully recovered in two weeks.

If they’re benign, then it’s probable that no further treatment will be needed. If they’re precancerous, then there’s a good chance that colon cancer can be prevented, and if they’re cancerous, colon cancer is treatable.

Cancer treatment and its success will be dependent upon many factors, including the stage of the cancer. Your doctor will work with you to form a treatment plan.

If you are over the age of 50 and haven’t had a colonoscopy in some time, call our office today to schedule an appointment and let’s get you in here for a polypectomy in Scottsdale.  Your colon health is something you don’t want to neglect!